There’s nothing quite like planning your first holiday without the kids. For the first time, you’re free to tailor your destination, hotel and excursions to your own specifications, to splash out on a cruise, or to consider the alluring proposition of all inclusive holidays. It’s also time to branch out a little, and consider embarking on the adventure of a lifetime. Put the relaxing resort on hold, promote your bucket list to top priority, and read on for some dream destinations which may previously have seemed out of reach. 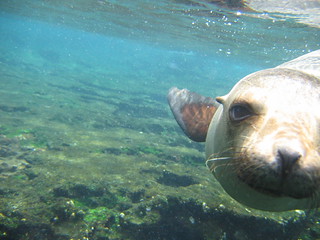 For those with an interest in nature, there may be no more exciting dream destination than the Galapagos Islands, scattered, volcanically, around the Equator to the west of Ecuador. This national park and marine reserve is revered by naturalists for its endemic species which contributed to Darwin’s theories of evolution. Visitor numbers are limited, as is tourist development, to preserve the island’s natural beauty. The world’s only tropical penguin, tortoises and land iguanas are among the animals which are unique to this finely balanced ecosystem, and completely uninhibited around human beings. Because all visitors must be accompanied by a licensed naturalist when visiting, the easiest, cheapest and best way to explore the Galapagos is by cruise ship. 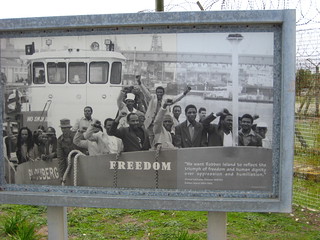 At Africa’s southern tip is a concentration of culture, natural beauty and urbanization which begs further exploration. Most fly into Johannesburg when arriving in the country, and onward travel may take several trajectories from here. The nearby Cradle of Humankind will inspire awe with its cave systems of fossils and early human species, where you can walk in the first footsteps of human history.

If you prefer to learn of the brutal and more recent history of apartheid, travel from Cape Town to seek out Robben Island, where Nelson Mandela was held prisoner. Or, for the best safari in the world, Kruger National Park is where you can see Africa’s big five; lions, leopards, elephants, rhino and buffalo in their majestic natural habitat. 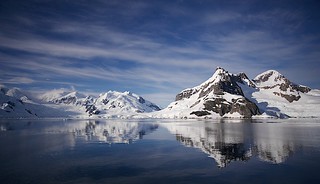 If your travels have, until this point, checked off six continents, it would be negligent not to consider visiting a seventh. For a unique trip of a lifetime, add Antarctica to your bucket list. Double the landmass of Australia, nowhere in the world could be more otherworldly or exclusive, a land where the sun refuses to set, that is the coldest, highest, windiest and driest of the continents. Observe wildlife, like colonies of miniature rockhopper penguins trundle about their business, or find adventure on a sea kayaking excursions through the ice or a hike to Observation Hill, from which you can look on the fuming, volcanic Mount Erebus. Antarctica can be reached by ship from Argentina, Australia, New Zealand or even South Africa, making it the perfect onward destination on a round the world trip.

Found on the border between Brazil and Argentina, the Iguassu Falls (also known as the Devil’s Throat) once moved Eleanor Roosevelt to remark ‘poor Niagara’, and should be included on any serious bucket list. This recognized World Heritage Site is located in the astounding Iguazu National Park, which can be reached by walkways from both Brazilian and Argentine sides to offer a closer view of this natural wonder. Spanning almost two miles in total, the falls have been named one of the New Seven Wonders of Nature. Whether you choose to view them from helicopter, inflatable boat or walkway, leave time to explore the surrounding national park, a subtropical rain forest rich in flora and fauna like tapir, ant eaters and harpy eagles.

The world is your oyster, so get out there and do everything you always said you would.

About the author: A father of 2, Adam Scott is traveler with a passion for exploring the world on budget.

More from my site